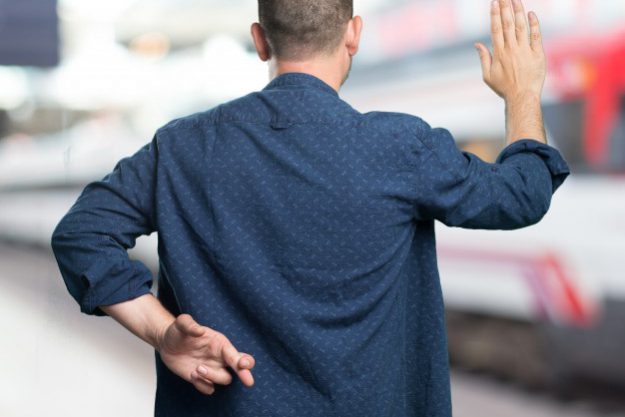 “There cannot be a greater Paradox, than that a man should be guilty of a fraud in lending his money with no other prospect but the chance of being repaid it~ Lord Mansfield Foxcroft v. Devonshire (1759)”.

While Lord Mansfield’s name is frequently mentioned in modern legal settings,  he also had an interesting view on frauds, which we cannot diminish its persistency until nowadays.

Fraud is, however, an increasing problem that affects a wide range of industries including insurance, where fraud cases are worth millions. But it is apparent that this has been an unscrupulous historic rule; where there is money there have always be frauds and scams. It seems that fraud has been around since the dawn of commerce.

Over the centuries, thus, fraud has gone hand in hand with money. Where there have been opportunities to make money, there have been fraudsters planning their execution.

A true history of fraud has to start with Hegestratos, a greek merchant (300 B.C) when he  took out a large insurance policy known as bottomry. The merchant borrows money and agrees to pay it back with interest, when the cargo (i.e corn) is delivered. If the loan is not paid back, the lender can acquire the boat and its cargo.

But Hegestratos had fraudulent intentions. He planned to sink his empty boat, keep the loan and sell the corn. However, his fraud didn’t work out and he drowned while trying to escape.

In 193 AD Roman Empire, the Praetorian Guard (Praetorians were an elite group of loyal soldiers who protected the emperor at the time – Pertinax). But his reign was not meant to be, as Pertinax was assassinated by Praetorians, who announced that the throne meant for Roman Empire would be sold to the man who would pay the highest price.

However, the guards had sold something that didn’t belong to them and committed financial fraud. A man, named Julianus offered astronomical bid for every soldier in the army, but he was never recognised as emperor and was killed in the palace, by a soldier in the third month of his reign. The civil war escalated and the period is known as the ‘year of the five emperors’.

In first half of 19 century, a Scottish general (Mcgregor),  famous for his war achievements, became known  for conquering a small island named Poyais and being crowned as its prince. Seems fairytailish? So it was. The land in question was completely made up, so General McGregor could conned investors into thinking he was building lavish homes on a paradise island that he ruled.  People began to buy  houses that didn’t exist and some even exchanged their Sterling for his own fabricated currency.

In 1911, Eduardo de Valfierno paid an anonymous Lourve employee to steal world’s famous, Leonardo Da Vinci’s, Mona Lisa. Eduardo, however, didn’t have any intentions to possess the painting, his only goal was to trick society into its disappearance, and make money with plagiaristic paintings.

Bernie Madoff, know also, by the recent movie, Wizard of Lies is an American financier who executed the largest Ponzi scheme in history, defrauding thousands of investors.

Fraudulent investment scams, famously known as Ponzi schemes, have been taking place for years, but the original Ponzi scheme was executed in 1920.

An American, named Charles Ponzi discovered that he could purchase postal vouchers in his home country, ship them abroad and make a modest 5 per cent profit. However, when selling to investors he over exaggerated this margin, promising a 50 per cent profit return, which made investors  quickly intrigued by the idea. Ponzi paid his early investors back with the money from his newer ones.  When scam was finally discovered, Ponzi had made $10million dollars and had fled the country.

What is insurance fraud?

It is any act in insurance process committed to obtain a fraudulent outcome, exsisting since the beginning of insurance, as a commercial enterprise.

It occurs when a person or entity makes false insurance claims in order to obtain compensation or benefits to which they are not entitled. In all jurisdictions it is considered to be a serious crime.

The primary reason for people to commit insurance fraud is to gain financially. Though some people who maintain an insurance policy for years come to believe that they deserve to be compensated in the form of an insurance claim.

Insurance fraud may entail a person, filing a false insurance claim or exaggerating injuries, damages or other losses in order to receive benefits. Or it can refer to an insurance company knowingly denying benefits.

There are many types of insurance fraud, though the judicial system often categorizes them as either soft fraud or hard fraud. The latter occurs when a person intentionally fakes an accident, injury or theft in order to collect money from an insurance company.

Soft fraud, on the other hand, occurs when a person has a valid insurance claim, but or forges part of the claim, or exaggerates damages to obtain the maximum benefits.

How to innovately prevent insurance frauds and protect insurers?

When some people cheat insurance companies, the other ones, regularly paying the premiums do that through increased insurance costs.

Organisations are constantly investing in new technologies that detect the occured fraud.

But as fraud is constantly evolving, meaning when a fraud technique is uncovered, fraudsters conceive a new tactic, fraud  detectors mustn’t be stagnant either. Detection models must be continually updated on time with new information to ensure accuracy.

SAS is able to detect and prevent insurance claims fraud. The framework depends on multiple data techniques (segmentation, association, predictive modelling, text mining, exceptions reporting and link analysis). It is a system that may save a considerable amount of money from fraudulent claims.

Allianz Insurance, for an example, a well established worldwide insurance company, have identified over 1,000 fraud cases worth more than 62 million CZK in the first six months after the application was implemented and saved circa 110 million CZK a year by reducing the number of fraudulent claims paid.

Insurance Hunter is an online fraud prevention and decetion solution. It is hosted by Experian (leading global information services company). It can identify;

-inconsistencies on policy and claims with combination of information from multiple insurer databases. Its detections is based on a set of proven fraud indicators. For anomalies checks the claim data, within the current application and against previous claims and matches against previous known and suspected fraudulent claims.

Insurance fraud, which is a real issue for the industry, may only be defeated through investigation by well-trained claimspersons working with expert investigators and competent insurance coverage counsel. It seems only fair that insurance companies invest in means to detect fraud.  There are numerous ways insurers can try to detect ex post, from creating fraud detection units dedicated to the analysis of claims to the use of data analytics and other more automated systems. Insurers can also invest in the specific training of its claim-handling staff, or participate in industry-wide initiatives such as national fraudsters database.

Combining what technology can bring in terms of technology with a deeper understanding of psychological aspect of fraud may however prove more efficient for insurance companies, in the long run.